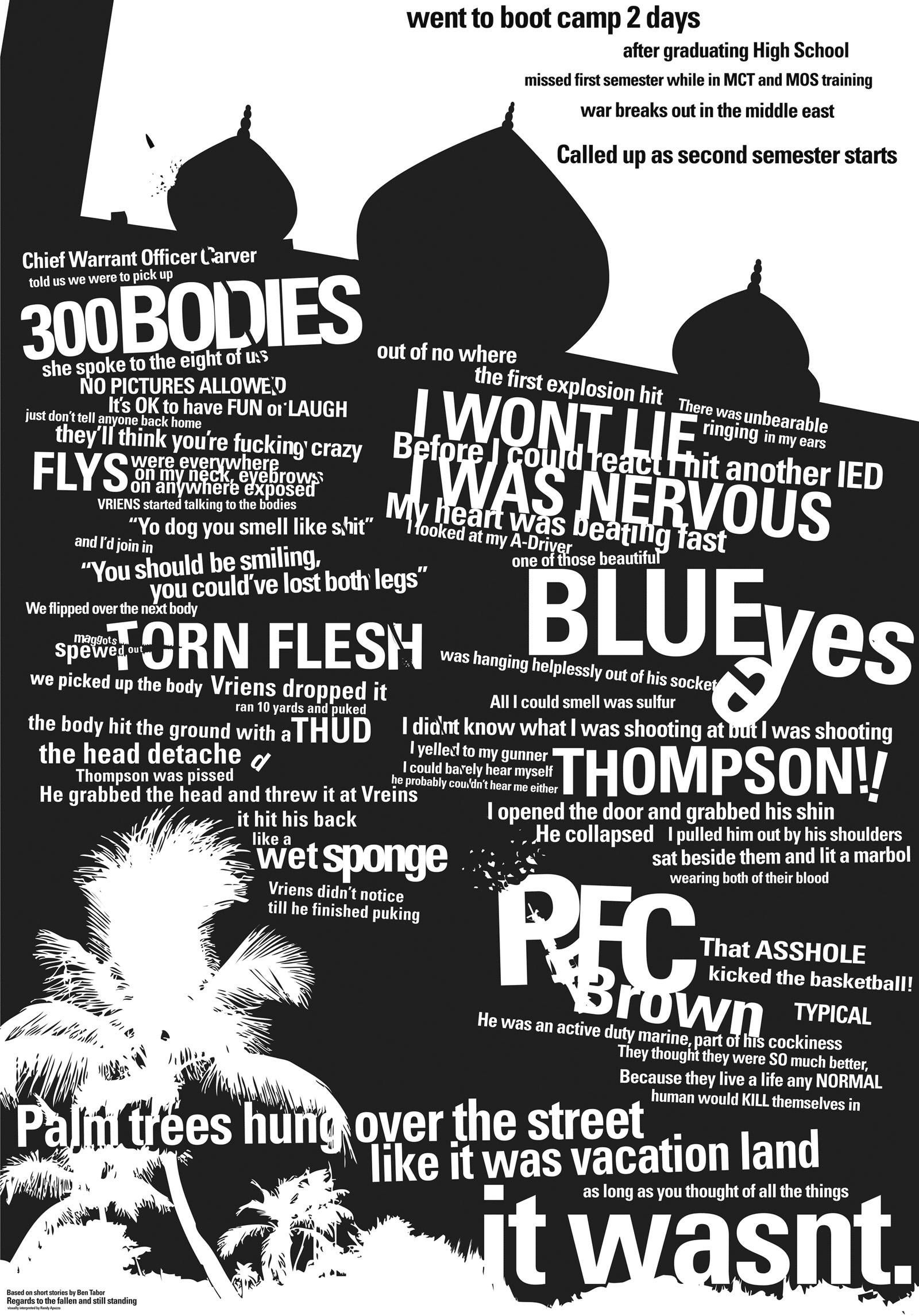 7lbs2ounces is a developing project that revolves around stories written by friend and war veteran Ben Tabor. Having been close to Tabor since elementary school, his stories were tough to bare; my goal is to share them with others. Sources provided by Tabor include over 100 photos taken in Iraq, Iraqi newspapers, Iraqi propaganda, death cards, eight rough draft stories, and other misc. objects brought home from the war. The design process started with 27 concepts that boiled down to one black & white, large format poster. The poster uses iconic elements from the original concepts and one weight of the typeface Univers. As a student of typography, it was important to hold the integrity of the typeface by not scaling or skewing the letters. Adjusting point size and position, with occasional breaks, are the only methods used to visually push the underlying meaning. Other visual iconic items are inspired by material collected by Tabor, in Iraq.

Tabor is an English major at Rhode Island College, he started writing in 2006, after returning from his second tour. Tabor says, "I want to bring my experiences to a personal level, but on the larger scope they are open to interpretation. Take them as you want." Tabor and I are collaborating on a book that will include his full stories, supported by typographic visuals similar to the poster. Read an excerpt from the book

The poster was featured in The Reconnectus.org gallery from March 6th to March 30th 2007. The poster was also hung in the Boston State House. A book is in the editing process that will feature all the Stories written by Ben Tabor, each story will have a designed introduction similar to the poster. 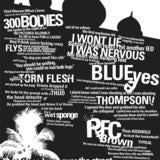 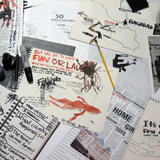 Some random elements that inspired me in the process of creating 7bls2ounces. Most of which are items from Ben. 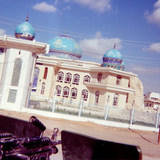 A photograph of an Islamic Mosque taken by Ben Tabor from a Humvee mount. This image inspired the backdrop of the final poster. 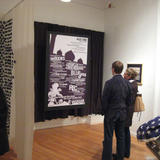 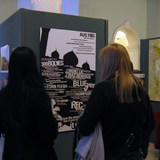 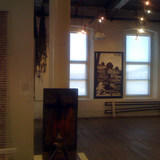 7bls2ounces Hanging in Narrows Center for the Arts with the final tour of Reconnectus.org April 16th 2008 by Randy Apuzzo

The Third Gallery Installation Hanging in Narrows Center for the Arts with the final tour of Reconnectus.org April 16th 2008