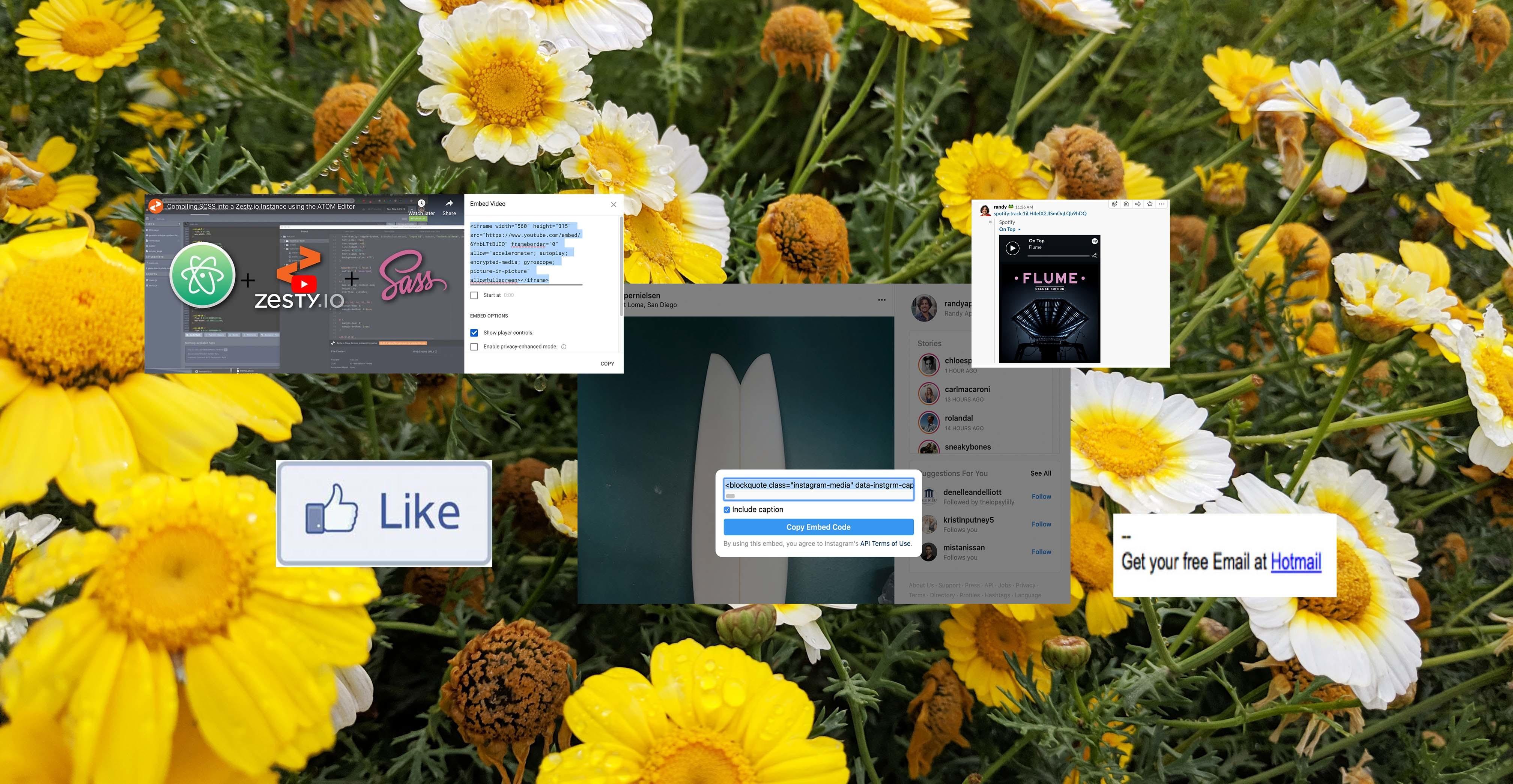 Information spread through print and television were the primary marketing channels to grow ventures from business to religion up until the internet became mainstream in the late 1990s. Since the internet, new and clever methods to distribute information overtook the traditional print and television. We all participate daily in these clever distribution methods without even knowing it, I call them embeddables.

How are Embeddables Used?

Embeddables are used to market a product or drive software growth.

Embeddables have been mostly used by software giants as subtle tactic to gain viral growth. Let's look at a few examples over the last two decades.

A Short History of Embeddables

1996: Hotmail was a website-based email service that made money from displaying advertisements in their email interface. Every email sent from a Hotmail account had an embedded piece of content “Get Your Free Email at Hotmail” at the bottom of the email that advertised Hotmail.

Hotmail had people advertising for them in signature of every email that was sent. Hotmail went viral. This example serves as precursor to more advanced embeddables to come.

1998: Commission Junction (CJ) was an affiliate network that paid people to embed links and images on their website. CJ was the primary way my code example blog made revenue. As a CJ user, I would log into their software, and copy and paste their embed code into my blog posts. Here is a screenshot of their interface. As a user you would scroll through links and embed and chose the ones to embed on your site. 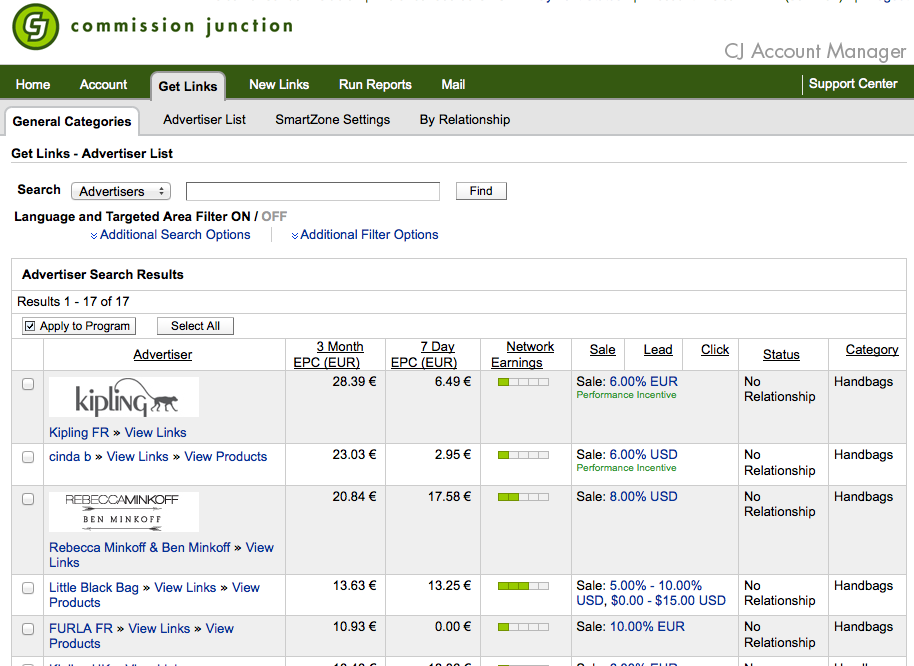 Yes this is pure advertisement, but it was opt-in, and it's one of the first true forms of copy and paste embeddables. Embedded content drove content viewers from your website to the advertisers websites, which was often a service, a product, or e-commerce store.

2000+: Twitter, Facebook, and Youtube emerged as giants, other companies like Instagram and Spotify followed. Each of the giants had embeddable strategies, it may be why they became tech giants. A few types of embeddables were offered, some drove engagement, others enriched the page. Some content was user generated, like tweets or images, other content was business property like songs or videos. Facebook even created an interactive comment section which people were quick to add to their content. Each embeddable drove users back to the main source to create a user, or expand brand awareness. Each embeddable was a copy and paste small snippet of HTML and/or Javascript code. Let’s explore.

Facebook has a plethora of embeddables which all started with the infamous Like Button. Every business I knew at the time had a Like with Facebook code on their website. People would even pay me to inject that advertising piece right into their website. The second someone clicked “Like”, they would be triggered to create an account or to login. Brilliant, and facebook got to listen to all your traffic. Facebook saw the growth and made commenting, login with facebook, posts, and company pages available as embeddables which essentially turned the whole web into an extension of Facebook. These rich interactive and engaging embeddables exploded Facebook’s user growth, and they still serve as Facebooks primary growth strategy.

Twitter which essentially is the king of microblogging, made it so you can embed tweets into your websites and also have tweets load inside of applications by having an open API. So many people would take someone's quote and direct context by using Twitter's embeddable, It was a very simple design and you paste in a script and a piece of HTML and it loaded right inside of your web page. Twitter later pushed even further using a sign up with Twitter account following suit with Facebook. These were brilliant growth tactics.

YouTube provided rich content, a way to make a web page interactive by having an embedded, playable video. This was groundbreaking technology at the time as it really spiced up static web pages, and it still does today. What they offered was a quick embed code, arguable much simpler than others because it only required a single HTML IFRAME tag. The user sharing the embed would put the IFRAME embed code on their website by copying and pasting it into their WYSIWYG of their CMS or directly into their HTML coding.

Spotify is a music service that lets you listen to copyrighted music with a monthly subscription. They created an embeddable experience to place the music, just like YouTube places video, into websites or directly into software like slack, but this does was gave rich content on the fly but also triggered the call the action which was to create an account on Spotify. 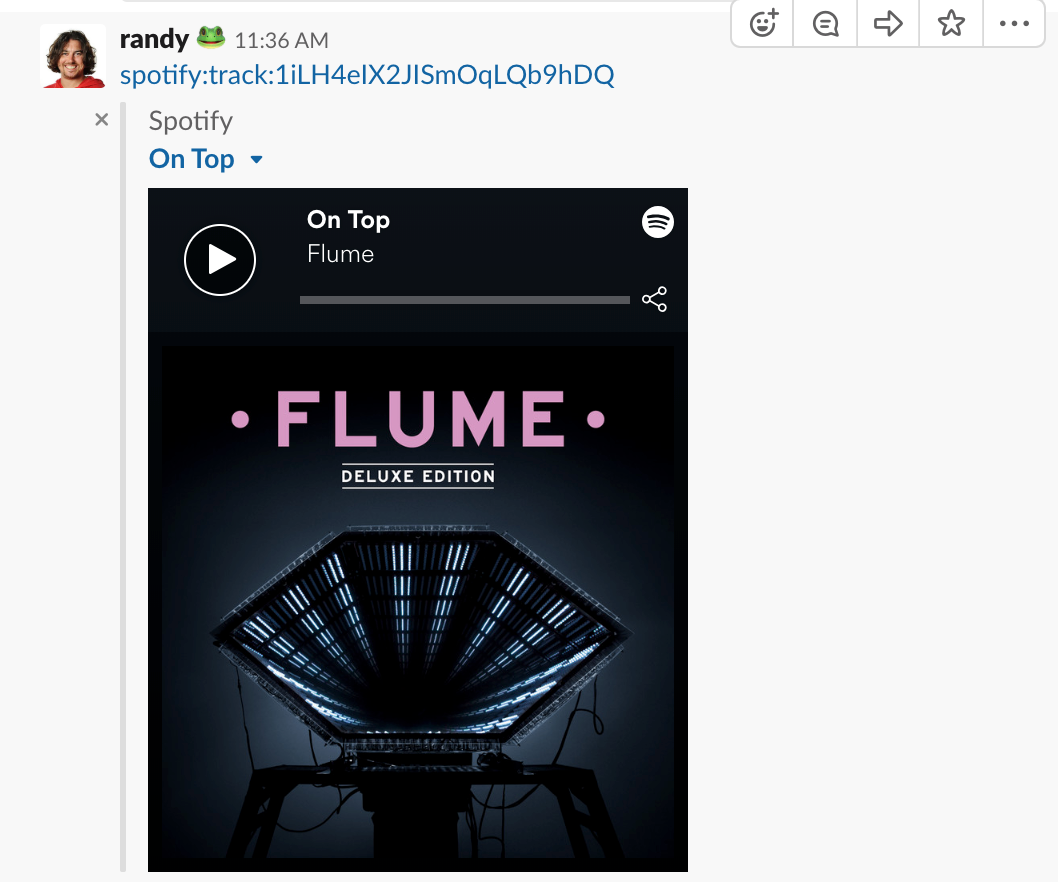 Instagram sold like hot cakes. Outside of their simple photo sharing mobile app they offered an embed code that you could copy from their website. It is a complicated piece of code (see below), but people still religiously added to their blogs. Today one of my customers (Sony) still uses it daily in their influencer blogging. It goes to show if the content you are offering in the embeddable is worth sharing, than people will go out of their way to get the code in their website. 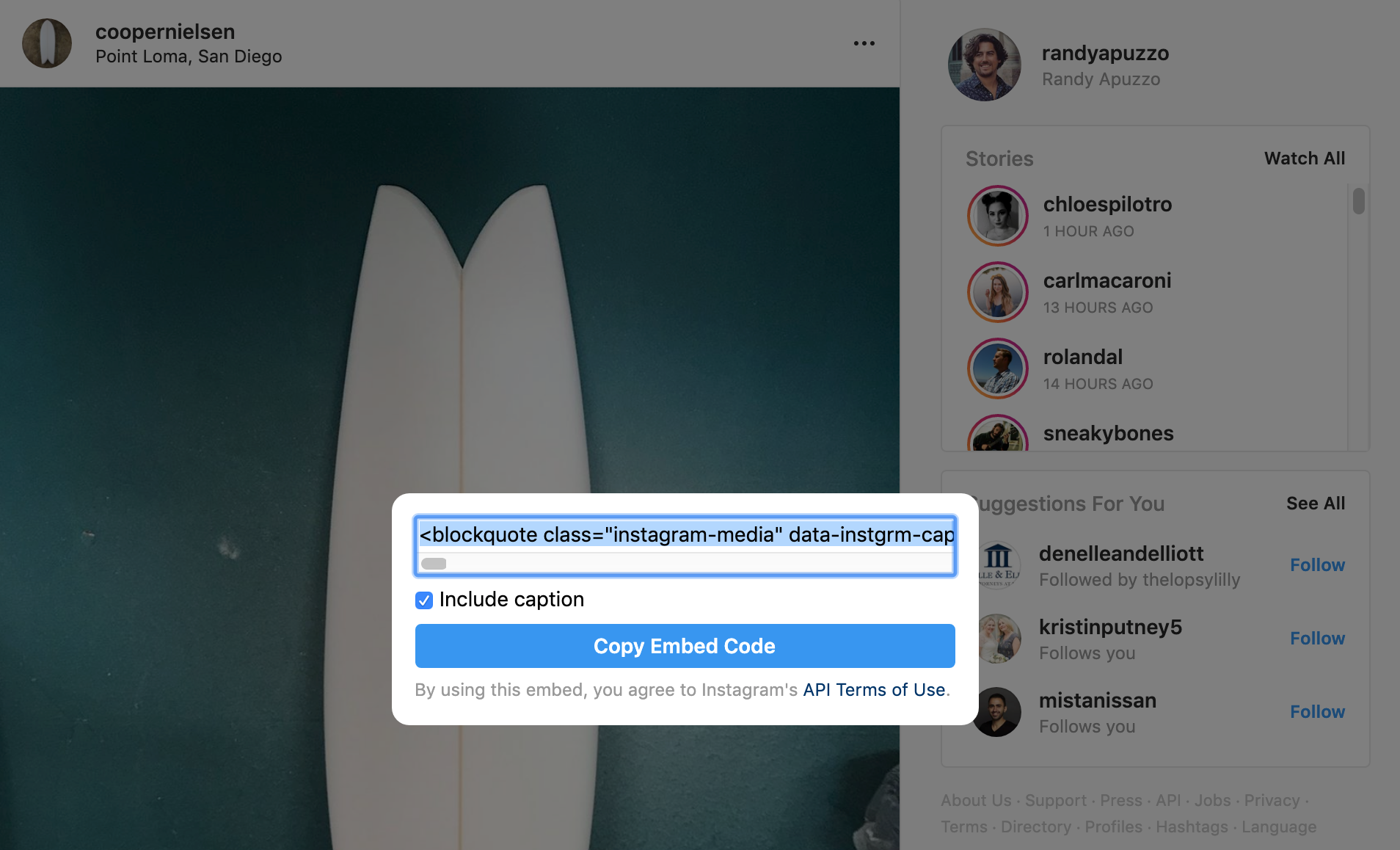 P.S. Shout out to Cooper Nielsen who make custom surfboards in San Diego ;)

Embeddables are an incredible way to grow a brand, product, or service. If you can come up with valuable content or engagement experiences for people to share, people will share it. Free viral marketing from strangers without selling or communicate is extremely valuable and cannot be ignored as a strategy.