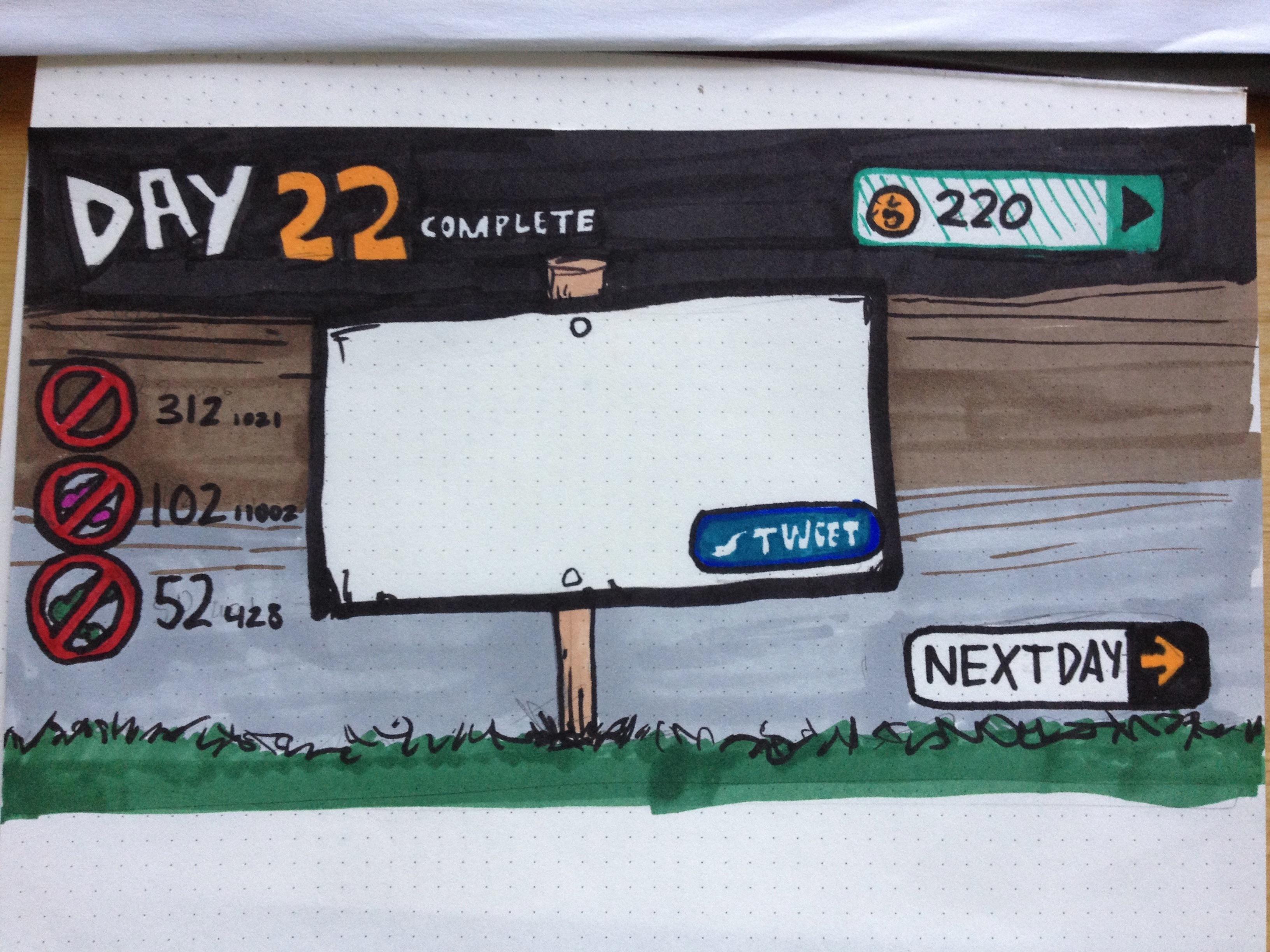 Drawing the screens is a blast! I've continues to do so. This particular screen will come when a level is complete. You can see an area for stats, coins, days, a tweet button etc.

In the center of the sign will be a short journal entry about the progression of the play like "day 22: caught a zombie chewing bubble gums the other day". Along with that is the option to tweet that. 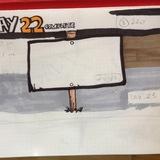 Sketch of the Opening Screen by Randy Apuzzo

Forgot to take a picture when it was only a pencil sketch. You can still see some of the original lines. 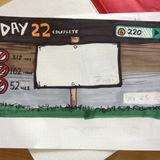 Almost all colored in here 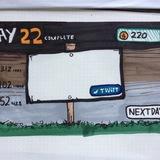 Final touches of black outline. Making buttons freehand without rulers and such proves difficult, but the general idea is nailed and will translate to vector well.