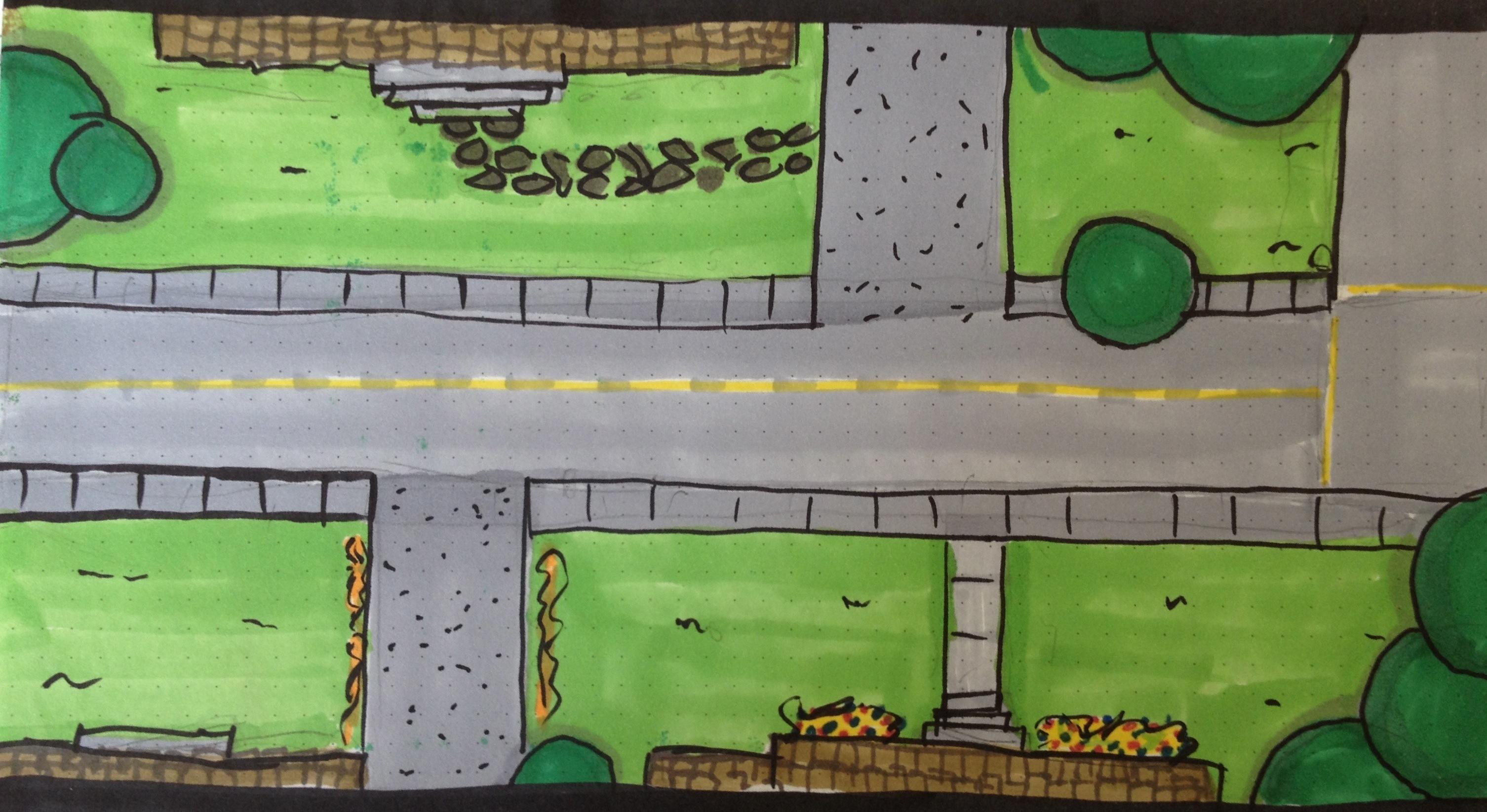 I'm continuing to hand render the Zombie Daze game, it's a lot of fun. Posted here are a couple level renderings: swamp (which became rocky field), football field, forest, suburbs, and graveyard. Each is roughly sketched with pencil, then filled in with prisma color markers.

When said and done, I'll be re-rending these in adobe illustrator to get a vector layout that is scalable. I may be using some of the textures from the markers to maintain the rough feeling for the game. 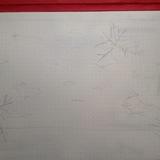 Penciled sketch of the Swamp Level, pretty rough and erratic. 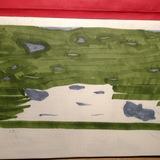 You can see the color start to build, I was having trouble mimic the feeling of a swamp withe colors available. I imagine a swamp being dark purple and brown in a night setting. This is the opposite! 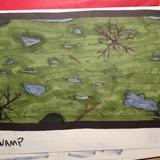 Final Rendering of the game level Swamp, which my girlfriend Brittini Boots declared "Rocky field" After she said, what are those rocks "no babe they're are swamp puddles", well they look like Rocks. So Rocky Field is it! 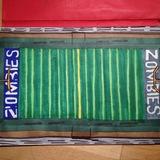 Start at the 50 yard line, and get rushed by zombies in football pads! This was a pain in the ass to make, it will be much easier to render on the computer. Too simple, there isn't room for my imperfections. Mike Sacca gave me a good idea. I should use the textures from the markers in my final renderings. 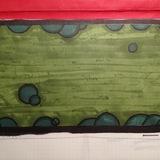 The Forest by Randy Apuzzo

The original level concepts for Zombies Fire (now Zombie Daze). Each level has a top layer and bottom layer. Making for a simple yet complex to design layout for different feeling levels. 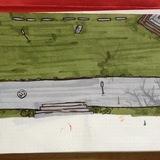 Graveyard! Half complete by Randy Apuzzo

Meant to be creepy and erie, but i do not think the colors made it that way, so i will have to rely on the zombies to do that! 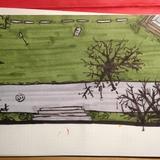 the Graveyard/Cemetery Level for zombies fire, showing both the top and bottom level of the drawing. Hero will walk under the trees 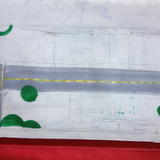 Suburbs in Sketch by Randy Apuzzo

I always forget to snap a photo when it's only a sketch. You can see the building block im working with. 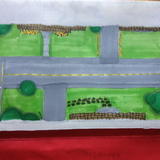 The color is in, this will be fun level to play on. I'm thinking there should be two versions. 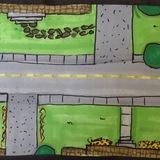 Inked with black, this always adds so much to the illustration. I'm pumped about this level. I'm seeing a progression of levels like. Field, Swamp, Forest, Suburbs, Football Field, Strip Mall, City etc. Any ideas welcome