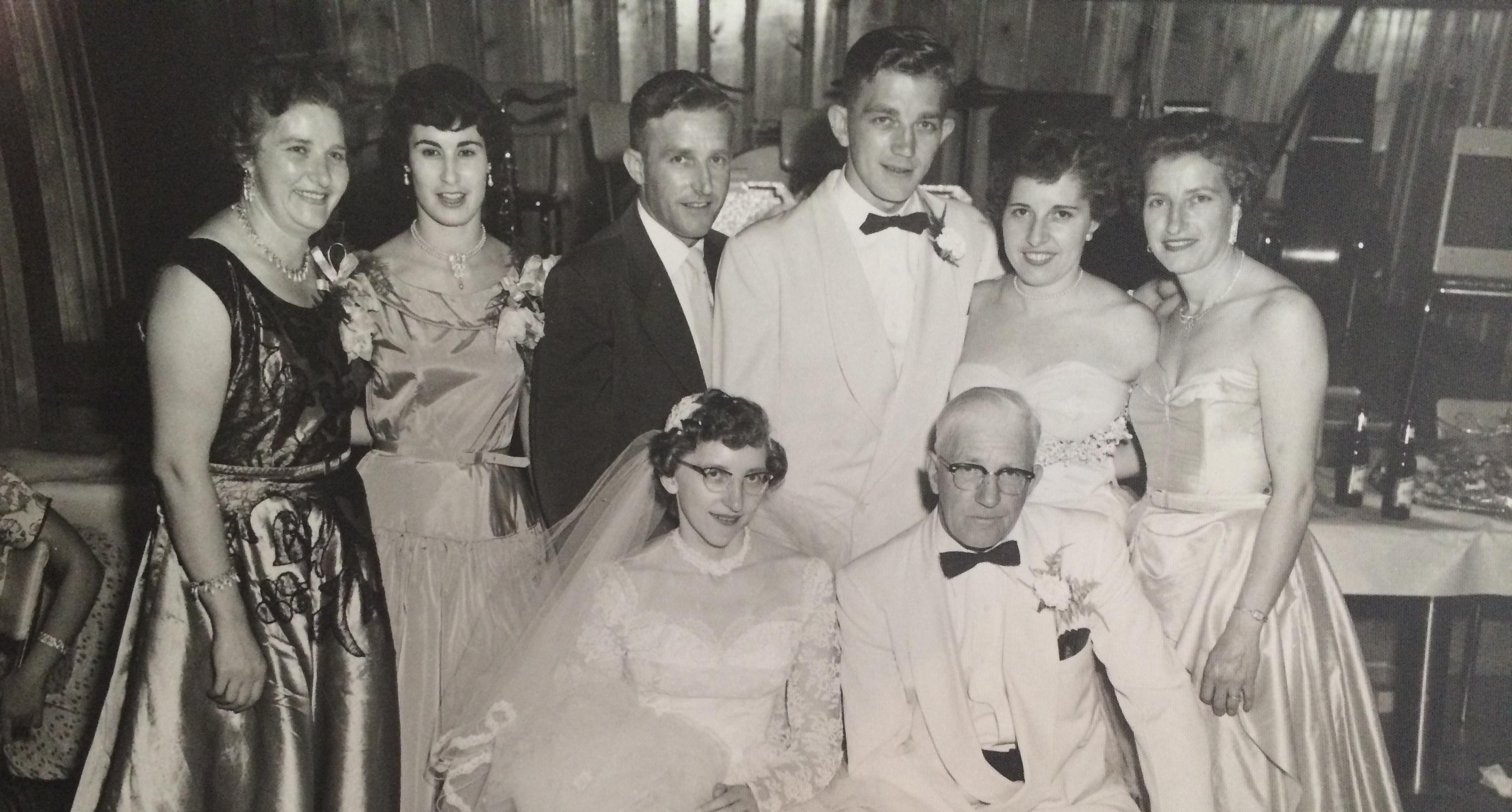 TL;DR: My Great Grandmother, Mildred (George) Brescia lived before cars were common and passed when everyone had a computer in their pocket. She raised a big family out of Seekonk Massachusetts and her life ended at 97 years old with 13 great grand children (myself included). This is a short story about her life and the legacy she passed on.

The photo above was taken as a surprise birthday gift for Mildred; it captures the style of east coasters in the early 90s like no other. It is also unique as it has all of Mildred's children present in the photo. Here describes each member with name, title, occupation, and location.