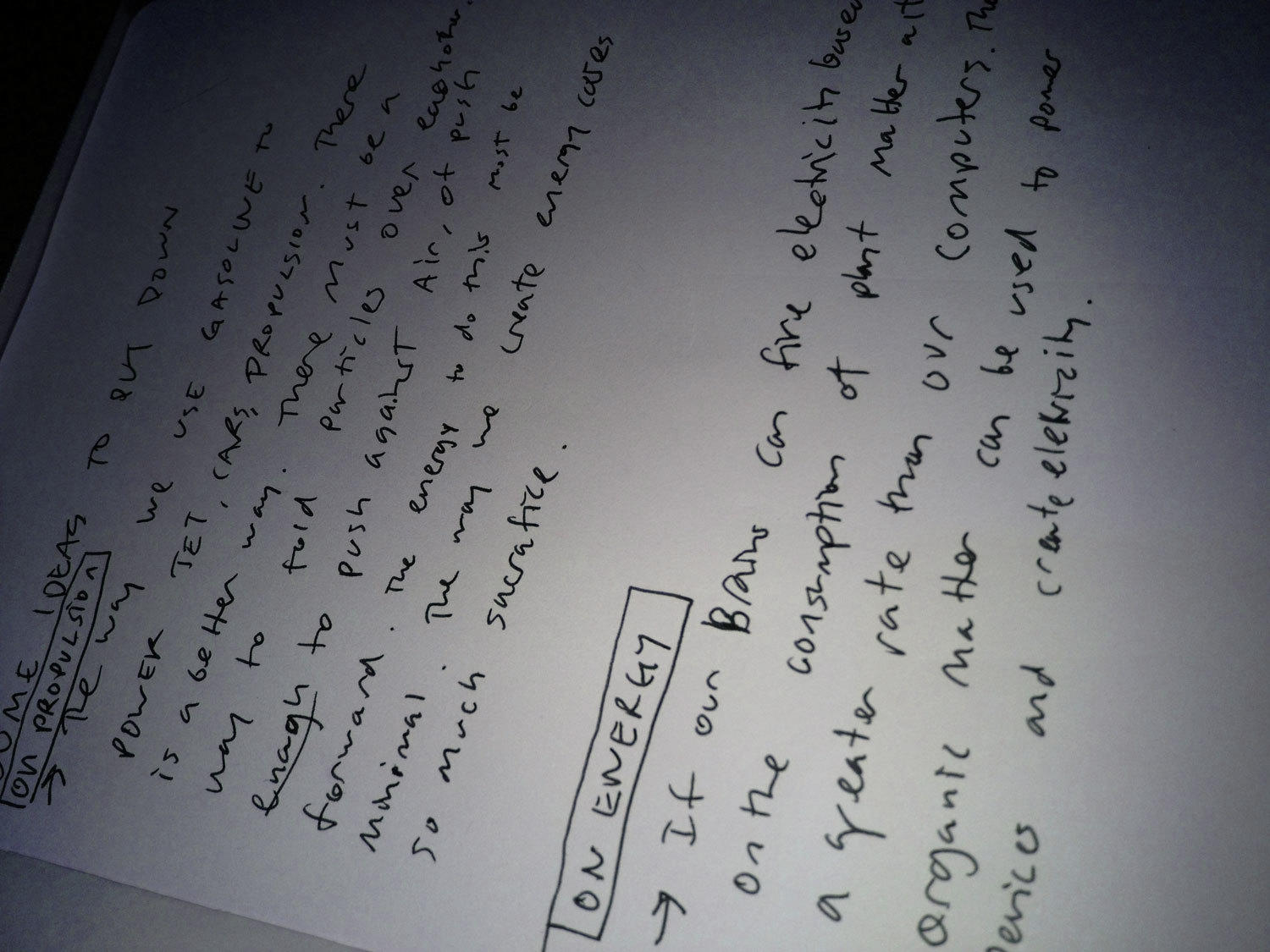 Here is a post outside of my standard realm of art and computers. Here are some fun thoughts to challenge current technologies that have been spinning in my head.

Using gasoline to cause controlled explosions to propel vehicles feels rudimentary. There must be a way to continually fold particles over another to keep a flat plane or to achieve thrust. Requiring gasoline fuel to push against has to come to an end before we make great achievements in space exploration and earth travel.

If our bodies are made possible through electric signals sent from our brain, then we will see organic energy sources in the future. This may take a lot of modification to an organism, but if it could feed on itself and reproduce at such a rapid rate, then we could have organic batteries. We just couldn't let them out, otherwise they would never stop producing. Maybe they die when they hit oxygen, or explode rather? When the organism recreates at such a rapid rate, it will push into a funnel where it hits air, and electricity is created.