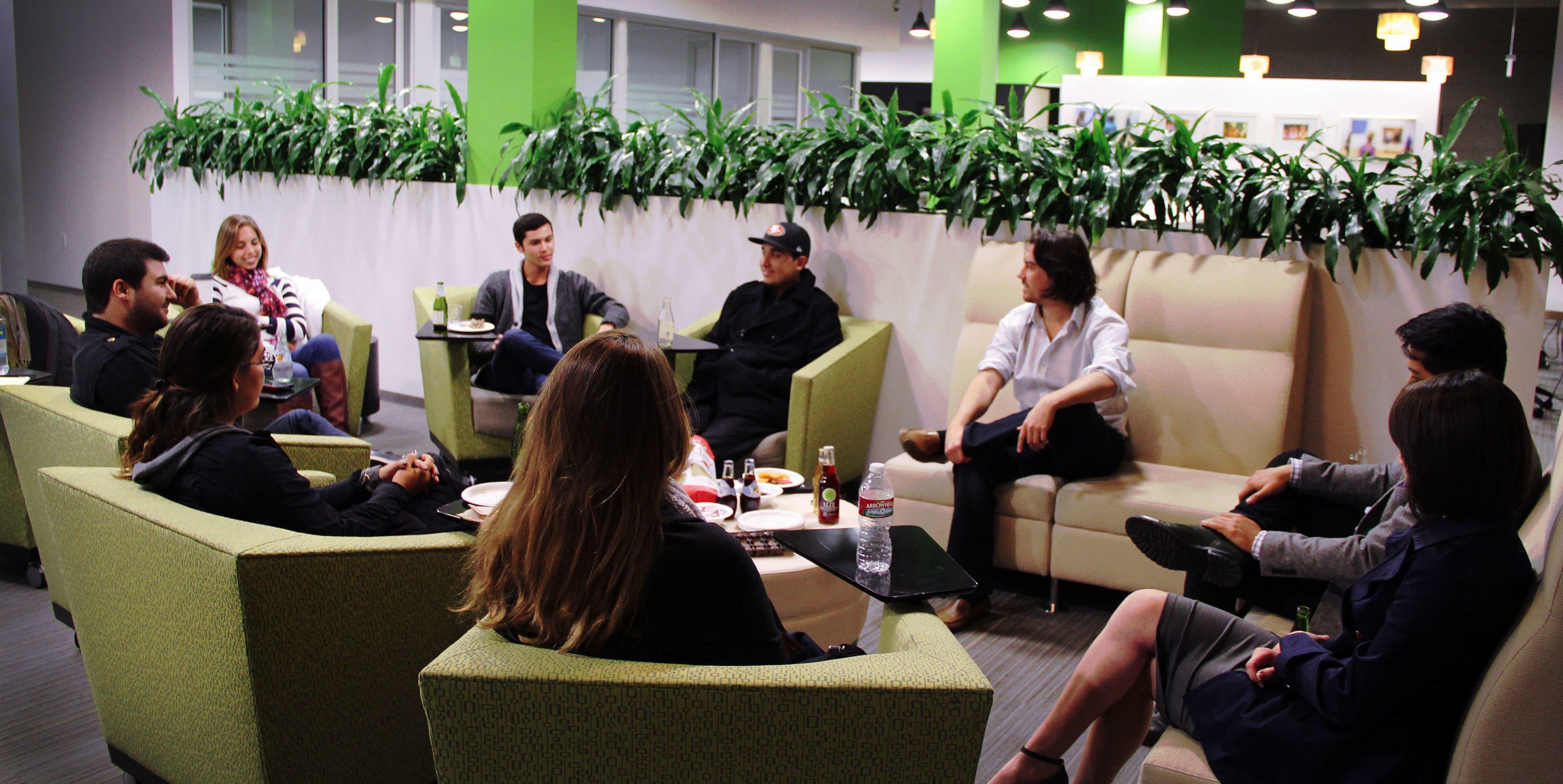 A group of eight students from the University of San Diego lounge at Co-Merge in downtown San Diego. The topic is social media and communication on devices with friends and business.

TL;DR: Following the Zesty Incubator program, Professor Justine Rapp PhD lets us host a focus group with Digital Marketing students. We discuss an array of topics from early experience with computers to communication and social media on the internet. This article is a reflection of the discussion. The group's average age is 21. My thoughts are in italic.

First experience on a computer and with the internet

The majority of the discussion here is revolved around games or word processing. First experiences on the internet were a bit more exciting. Averaging around the age 10, the experiences varied.

What is the primary source of communication

Most of the communication is over text messages, if not text messages than Snapchat. About 10%!o(MISSING)f the time Facebook and Google chat were referenced. There was no mention of Twitter direct messages. I find myself using each platform based on who I'm communicated with. 80%!o(MISSING)f the room had parents on Facebook, and did not choose Facebook at a message system because they found it annoying or not relevant. Instagram was only used for viewing images, not leaving comments. Many of them said they used instragram because it was painless to scroll and like, but they were not communicating over it (commenting).

Twitter was the unanimous choice, but ironically the majority of the group does not use Twitter. Then they came to the consensus that the famous person would just have someone replying for them. If you watch Paris Hilton tweet, this is not the case for her lol.

I shared an experience I had with a tweet from the past friday that went "micro-viral", in the end if had just under 100 interactions. It basically made my phone battery die and added 40 or so followers to my twitter account. I had not expected this tweet to pick up, it was accident viral. It was discussed that forced marketing material will not go viral, but rather an induced viral using network and connections is very possible. I'd like to explore the topic more.

This lead into talking about Jimmy Kimmel, and how he induces people to carry out acts to create viral video. The formula we decided was to influence a wide audience to use their own friends and followers to promote something they are proud of and/or is naturally funny. The prime example is the "I ate all your Halloween candy" videos. Whether it was conceived or not Mr. Kimmel was able to launch viral campaigns to promote his comedy. Jimmy Kimmel's examples serve as a great guideline to force viral with brands that have access large networks. 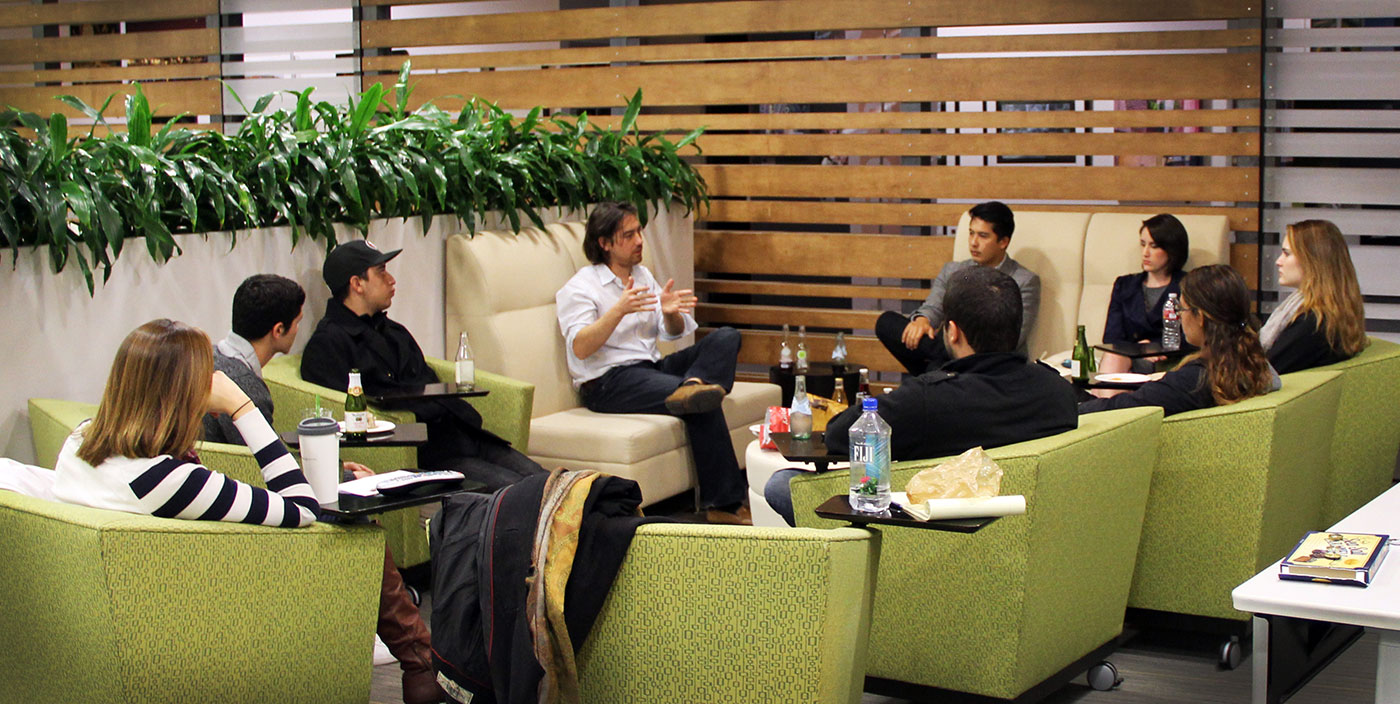 What would make the internet better

Privacy. Everyone laughed. This may be why the idea snapchat is so appealing. This was followed by an interesting idea about a publishing platform for artists to get paid small amounts if their music or writing was interacted with. We discussed the concept for a while and medium.com was brought up. After an idea of a consistent application to aggregate information of all types in one place. This idea pretty much sums up the error and inconsistency of an industry that is 20 years old.

We concluded by tossing around some fun ideas we have been playing with at Zesty Headquarters, and got some great feedback from the group. The night was fun and I want to thank all of the students that participated, Professor Justine Rapp, USD, and Co-merge.